On Sunday, we got together for a long day of rehearsals. After our coaching on Friday, we knew we needed to spend some serious time with the Onishi piece. To this point, we had been focused on two things - matching sounds and rhythm. The rhythms in the piece are somewhat complex and must be incredibly exact in order for the canon to come out correctly. We had been so intent on learning the rhythms that we had completely forgotten the character of the piece.

It is titled "Pres de l'Abime," a reference to Messaien's "Abime des Oiseaux." It helps that Sean just learned the Messaien piece for his junior recital during the spring semester, so he can really understand how Messaien has influenced Onishi. Unlike most pieces, which are about the sound created by the musicians, both Messaien and Onishi play with the idea of silence. In rehearsal on Sunday, Sean told us to play as though we were contributing to the silence (or the abyss). It made an incredible difference. We finally felt like we were almost getting it. The challenge now is to retain that sense of silence contribution during the more active sections of the piece, or to figure out how they fit in with the less active sections. We are looking forward to exploring this more as we continue.
Posted by Unknown at 1:48 PM No comments: 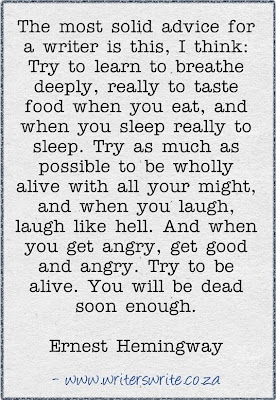 Although this quote is aimed at writers, I think it totally fits for musicians as well. In order to translate a feeling to the audience, you have to have life experience to draw from, and vivid experiences make all the better emotions.
Posted by Unknown at 3:44 PM No comments:

Last Friday, we had the amazing opportunity to perform in a master class for Mr. Alan Kay. It was a fantastic experience, and we wanted to share that experience.

We had the benefit of being second to perform, so we got to familiarize ourselves with Mr. Kay's style first. We immediately noticed that Mr. Kay seemed to do so little in order to get a large response, in both his playing and his teaching. He knew exactly what to do or say to get the precise outcome he wanted, no more and no less. It is something we are always striving for in our own playing, so it was really cool to see that expertise in action. In particular, we were struck by the fullness of his clarinet sound. It completely filled the room, and made us want to experiment with how we produce our own sounds.

We also admired how much he focused on performer he was working with. For those that haven't seen one before, a master class is sometimes described as a series of mini-lessons with an audience watching. Sometimes this means that the professor will spend a great deal of time using the performers as an example to get a couple of big points across to the audience, without really digging into what the performers need to improve. Mr. Kay did the opposite. While we were watching him work with the first student, we really did feel as though we were watching a lesson happen on stage. He would make an observation, give the student a way to fix it, and have them experiment with how it worked. He also spoke softly, giving the entire experience a very intimate feel. We felt that he really cared about the positive improvement of each performer he saw, which was greatly appreciated.

After practicing all last week to be extremely prepared for our performance, we were excited to play for Mr. Kay. We had chosen the second movement of the Carter Canonic Suite. We had been aiming for a very homogeneous sound, with almost a sleepy feel. Mr. Kay suggested that we should bring out the different textures and colors in our individual sounds in order to keep it interesting. Otherwise, the audience might actually fall asleep! He also identified a couple key places to bring out individual lines, such as Matthew's melody at the opening, and the passing quarter note figure throughout the piece. We had been listening and making decisions with our ears in the middle of the group. However, Mr. Kay made us realize that we ought to also listen from the perspective of the audience, to hear and feel what they will during our performance.

We are excited to put these ideas into action in the other pieces we are working on!
Posted by Unknown at 11:15 AM No comments:

What We're Listening To: The Moldau with George Szell

Recently, I have been listening to the Cleveland Orchestra play the Moldau with George Szell conducting. I am always so captivated by the clarity and cleanliness of Cleveland's sound. The strings particularly have a crisp quality an togetherness that is not common, even in professional orchestras. My favorite part of the recording is at the peasant wedding section. The tempo when the piece gets to this section sits so nicely. It feels just right, the section is fast enough to create a wonderful sense of motion, but slow enough to feel the slight lilt of the dance. I highly recommend this recording to everyone!

Sometimes its good to remember that a long term chamber ensemble is a relationship. A complex, four person relationship. In some senses, this is a professional work group, much like a focus group at a company, but it is also very different. Music is so personal, and a quartet demands a singular personal experience from four people. This means that we basically have to be best friends that work together in order to deliver that kind of performance.

There are rehearsals where we really gel. Everything is working, and we're making great progress on our pieces, and we really feel accomplished at the end of rehearsal. There are also rehearsals where everyone ends up frustrated and there are a few glares going around. And everything in between. The great thing is that the varying experiences with rehearsals is totally normal, but if the negative-leaning rehearsals become common, it ought to be addressed.

That is exactly what we did this week. Sometimes, in order to allow for a productive rehearsal environment, it is necessary to talk things out. It will save time and frustration in the long run. It is often just enough to ask everyone to share what is frustrating them, whether it is in the quartet or not. This makes sure everyone knows what everyone else is going through, which makes everyone easier to work with. We are now looking forward to a positive, productive rehearsal for the rest of the week!
Posted by Unknown at 10:58 PM No comments: 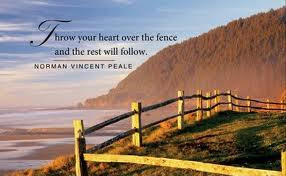 Musicians sometimes have a problem letting their hearts lead. Although music is a passionate art, there is a great deal of technique that must be in place before passion can be tapped into. Or...maybe not. For experienced musicians who have set up a good foundation of practice and preparation, sometimes the last piece of the puzzle to make a piece really work is heart. Gauge where your heart is while you play, and let it take you where it will. You might just get something amazing.
Posted by Unknown at 12:01 AM No comments:

Ever wonder who holds the record for the greatest number of curtain calls in a single performance? (FYI, a curtain call is when a performer returns to the stage to be recognized by the audience)

That would be the great tenor Luciano Pavarotti, who received 165 curtain call at a Berlin opera house in 1988.
Posted by Unknown at 9:48 PM No comments: